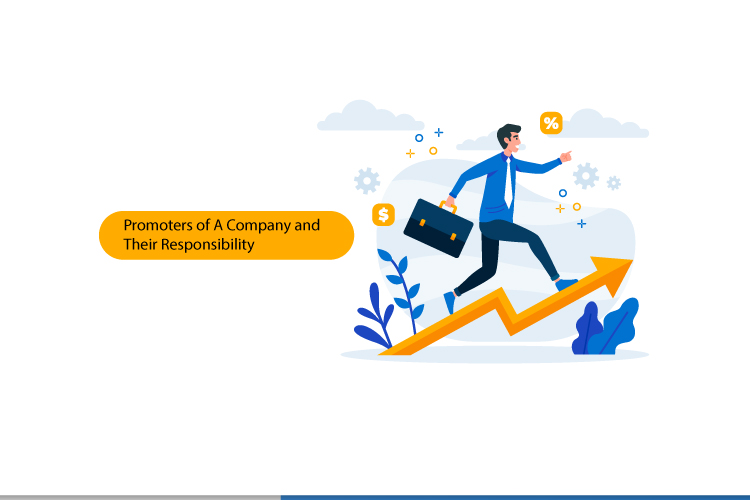 In simple words, a promoter is a person who takes initial responsibility to set up a company. The definition of the promoter is not given in the Companies Act, 1994. The legislature and judges are reluctant to define the term ‘promoter’ due to the fact that sometimes the promoter may be using the company to perpetrate fraud against the investors. That’s why common law judges leave the meaning of the term ‘promoter’ flexible enough to include as many such fraudsters as possible. The common law judges elaborated a broad range of fiduciary duties targeted at setting exemplary standards of conduct for promoters. As the term ‘promoter’ is not defined in the Companies Act 1994, we need to seek help from judicial principles.

In the case of Twycross v Grant (1877), Cockburn J defined a promoter as a person who undertakes to establish a company regarding a given project and to set it going and who takes the necessary steps to accomplish that purpose. In Whaley Bridge Calico Printing Co v Green, Bowen J explained that promoter is not a term of pure law rather it is a term of business and it suggests a number of business operations familiar to the commercial world by which a company is brought into existence.

It is a settled position of law that a promoter is not the agent of the company he is promoting because prior to incorporation the company has no separate legal entity and it does not exist in the eye of law. An agent cannot act on behalf of a non-existent principal. This position has been reiterated in the case of Kelner v Baxter (1866). A promoter is not a trustee of the company which he attempts to set up. The promoter of a company is viewed as a fiduciary. Fiduciary duties and obligations are attached to the promoter and he can be made liable in law for breach for these duties. In the case of Erlanger v New Sombrero Phosphate Co. (1878) the position of promoter was explained. Promoters are fiduciaries of the company and they have power to mold and create the company. They also have the power to define how, when and in what shape and under what supervision the company shall be established and begin acting as a commercial corporation. Persons who are dealing with the company in a professional capacity such as legal adviser, lawyer or an accountant, they are not promoters just on that account. (Re Great Wheal Polgooth Co (1883))

The promoter plays a significant role in the creation of the company. The functions of the promoter are –

The promoter has the following fiduciary duties –

Remedies for non-disclosure of profit and material facts by promoter

A wide range of remedies are available to the company against a promoter in case of breach of fiduciary duties by promoters. The remedies are –

The ultimate effect of breach of fiduciary duty by the promoter is to render the contract voidable at the option of the company. The company has two options to exercise either to rescind the contract or to affirm the contract. As the contract is voidable and not void, any third party, bona fide without notice, who acquires rights in the contract’s subject matter is entitled to those rights as against the company.

Limitation on the right to rescind –

A company becomes a legal person only after obtaining the certificate of incorporation, which is issued by the Registrar of Joint Stock Companies. A company cannot be made liable for contracts entered into on its behalf before its incorporation due to the fact that it simply does not exist at that time.

It was held in the case of Kelner v Baxter (1866) that, the promoters contracting on behalf of a putative company will be held personally liable for pre-incorporation contracts, since at that time of pre-incorporation contract the company does not exist and upon its subsequent creation, the doctrine of privity will operate to prevent rights and liabilities being imposed on the company.

A promoter may avoid personable liability in the following situations –

The nature of the relationship between a promoter and the company is that of a fiduciary. A promoter conceives ideas and takes all the further necessary steps to bring the company into existence. When the board of directors are formed promoters responsibility ceases and the duties and liabilities are shifted to the directors. Thus, promoters play a major role in the creation of a company.