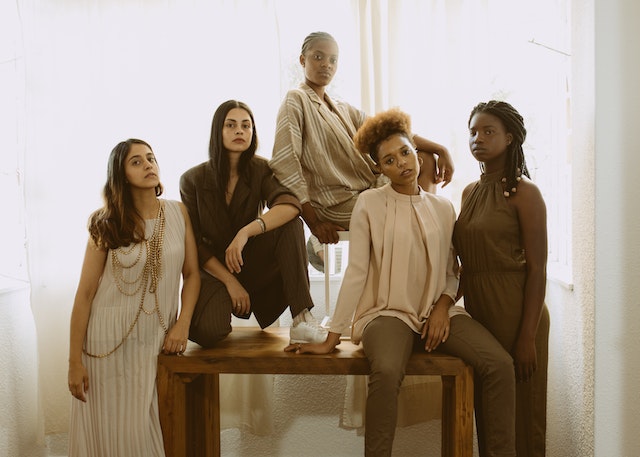 In this blog, we are going to talk about feminism and pseudo feminism. But before going into the differences, let’s talk about what is Pseudo Feminism at first.

Pseudo feminism, also known as “fake feminism” or “performative feminism,” refers to actions or statements that appear to support feminist principles but are not actually grounded in a genuine belief in gender equality. These actions or statements may be made for personal gain, to appear politically correct, or to gain social approval, rather than out of a genuine commitment to promoting gender equality. Pseudo feminism can take many forms and can be found in a variety of contexts, including in the media, in the workplace, and in political discourse. One example of pseudo feminism is the use of feminist language or symbolism without actually advocating for or supporting women’s rights. This can be seen in media representation of women, where female characters may be depicted as strong and independent, but are still objectified or sexualized in order to appeal to male viewers. This type of representation may seem progressive and feminist at first glance, but it ultimately reinforces harmful gender stereotypes and reinforces the idea that a woman’s value is based on her appearance rather than her intelligence or capabilities. Pseudo feminism can also be found in the workplace, where companies may make superficial changes in order to appear more inclusive and diverse, without actually addressing the structural barriers and discrimination that prevent women from achieving equality. For example, a company may put a woman in a high-level position and claim to be promoting gender equality, but if the company has a culture that is hostile to women or fails to provide equal pay and opportunities, this action is essentially meaningless. Pseudo feminism can also manifest in political discourse, where politicians may make statements or take positions that appear to support feminist principles in order to win votes, but do not actually follow through on their promises or support policies that would promote gender equality. This type of pseudo feminism can be harmful, as it can distract from or undermine genuine efforts to promote gender equality and can create cynicism or mistrust among those who support women’s rights. It is important to recognize and challenge pseudo feminism, as it can be harmful to genuine efforts to promote gender equality. This can be done by calling out instances of pseudo feminism when they occur, and by supporting and amplifying the voices and actions of those who are genuinely committed to advancing women’s rights. We must also be critical consumers of media and take care to support companies and politicians that are genuinely committed to gender equality, rather than those who are simply paying lip service to feminist ideals. By doing so, we can work towards a more just and equal society for all.

Difference Between Feminism and Pseudo Feminism

Feminism has a long and complex history, and there have been many different strands and movements within feminism. However, at its core, feminism is about challenging systems of oppression and promoting the rights and equality of all genders. Pseudo-feminism, on the other hand, is a superficial or superficial form of feminism that does not truly challenge systems of oppression and may even reinforce them.