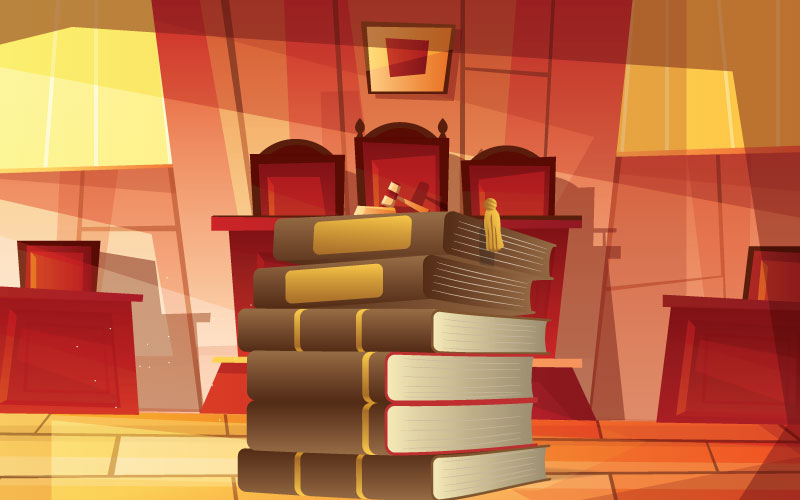 In simple words, the term ‘lis pendens’ connotes to a ‘pending legal action.’ It is a Latin term where ‘lis’ means the suit and ‘pendens’ means the pending or continuing. Doctrine of lis pendens is acknowledged under section 52 of the Transfer of Property Act, 1882. Under this section, it is stated that during pendency of any suit considering the title of ownership of that property, no new interest in respect of that disputed property can be created. Consequently, in essence, the doctrine of lis pendens restrains the transfer of property during pending litigation.

The Underlying Principle of Doctrine of Lis Pendens

The doctrine of lis pendens has been originated from the Latin maxim namely, ut lite pendente nihil innovetur which means ‘during pending litigation no new thing can be introduced.’ In the case of Bellamy v Sabine [1857] Lord Justice Turner observed that,

This observation of Turner, LJ was further approved by the Privy Council in the case of Faiyaz Husain Khan v Munshi Prag Narain [1907] in the Indian Sub-continent. The doctrine of lis pendens is not rested on the ground of notice rather it is based on expediency. So, it is immaterial either the transferee pendente lite had or had not notice of the suit.

Analysis of Section 52 of Transfer of Property Act, 1882

Essential Ingredients of Section 52 or Doctrine of Lis Pendens

The followings are the essential conditions for the applicability of the doctrine of lis pendens:

Pendency of a suit or legal proceeding commences from the date of the presentation of the plaint or institution of the proceedings in a competent court of law. If the plaint is presented in a wrong court or it is insufficiently stamped or it is rejected and then represented after correcting the deficiency, a transfer between the two dates of presentation will not be subject to doctrine of lis pendens.

A collusive suit is not a real suit. This type of suit is initiated with a malicious intent and there remains a fraudulent secret understanding between the parties that the suit will not be challenged in order to defeat the rights of the transferee of either party. Hence, if the suit is collusive in nature and the decree is obtained from the court by fraud then the doctrine of lis pendens will not apply.

In the above-mentioned situations there are no right to immovable property which is specifically and directly and pointedly in question or in dispute in a suit.

The property must be transferred or otherwise dealt with by the plaintiff or the defendant. The word ‘transferred’ connotes to sales, mortgages, leases and exchanges. The word ‘otherwise dealt with’ includes partition, release and surrender. The doctrine of lis pendens does not operate where the transfer was made during the suit by a person who was not a party to the suit at the time of transfer but who was subsequently made a party in the case on the point.

Jon grants a lease to Theon of certain land. Theon (lessee) files a suit for ejectment against Robert who is in wrongful possession of the land. During pendency of the suit Jon (owner) sells the land to Peter. The doctrine of lis pendens does not apply to this sale by Jon to Peter because Jon was not a party to the suit of ejectment.

Under section 52 of TPA, 1882 it is stated that, any transfer made pendente lite by the permission of the court and in accordance with the terms imposed by the court will not be subject to the rule of lis pendens.

How long does ‘pendency’ of a suit or proceeding continue?

The duration of ‘lis pendens’ commences from the date of application or presentation of the plaint or the institution of a proceeding in a competent court of law and continues until the suit or proceeding is disposed of by a final decree or order and complete satisfaction and discharge of such a decree or order or until it is barred by limitation. The lis pendens extends right upon the conclusion of the litigation including the appellate stages and execution proceedings. Hence, section 52 of TPA, 1882 applies to transfer made during the pendency of execution proceedings.

The Purpose of Doctrine of Lis Pendens

The wide purpose of section 52 of TPA, 1882 is to maintain and to preserve the status quo unaffected by the action of any party to the proceeding pending its determination. The purpose of section 52 is not to defeat or to deny any justifiable and equitable claim but only to subject them to the authority and discretion of the competent court which is entertaining the property to which claims are put forward. The main motive of this section or doctrine is that to safeguard a party from being deprived of the fruits of litigation by reason of a third party setting up rights independently on the basis of transfer or dealing during the pendente lite.

Effects of Doctrine of Lis Pendens

The effect of section 52 of TPA, 1882 is not to wipe out a sale pendente lite altogether but to subordinate it to the rights based on the decree or other order passed by the competent court of law in the suit or proceeding. A transfer pendente lite affecting adversely the rights of the other parties to the suit is expressly prohibited by this doctrine of lis pendens. Such prohibition is absolute and only subject to leave of the court. Even a bona fide purchaser with consideration pendente lite (during pendency) is bound by the outcome of the litigation because his right in such property would be subject to the rights of the parties to the litigation as finally adjudicated by the court. Thus, the doctrine of lis pendens becomes operative from the very moment of the institution of the bona fide suit which is in no way collusive.

Applicability of Doctrine of Lis Pendens

The doctrine of lis pendens applies in the following cases –

Exceptions to Doctrine of Lis Pendens

Since the petitioners purchased the land during the pendency of the suit they will be subjected to the result of the suit.

If a third person, bona fide, has acquired a legal right prior to the institution of the suit, it is not hit by the doctrine of lis pendens as embodied u/52 of TPA, 1882.

As the petitioners purchased the disputed land during pendency of the suit when their vendor’s sale deeds were under challenged, subsequent purchasers are neither parties to the suit nor their presence is necessary to decide this type of suit.

The doctrine of lis pendens does not make alienations made during pendency of a suit void but only that such alienation will not affect the rights of the other parties to the suit.

These were all about Section 52 of Tpa that is lis pendens. Checkout our Transfer of Property related articles here.