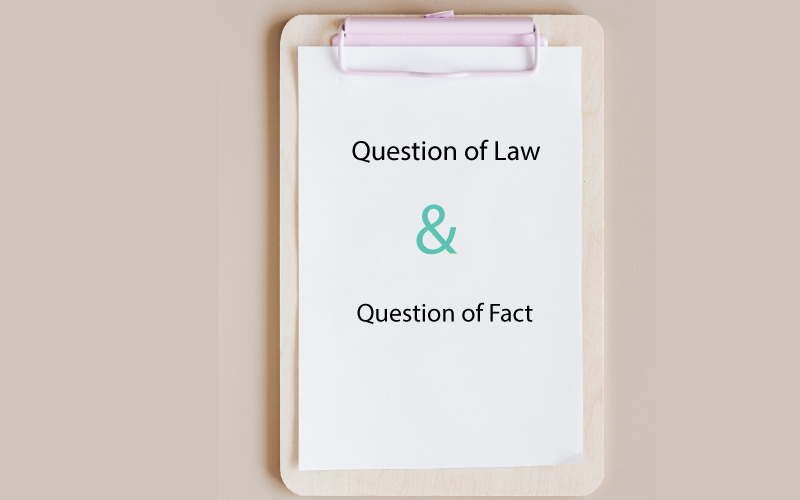 Roman: According to Romanian, law is a parameter of just and unjust.

Ancient India: In ancient India, the idea of law was all about Dharma. According to Ancient India, law is required to create harmony with the entire universe. This is called natural order.

Positive Definition: Law is a set of rules created by political superior to man as a political subject. Legislation is an example of this one.

Sociological Definition: Law is essentially and exclusively utilized as a social fact.

Realistic Definition: According to this, laws are what the courts actually decide.

Just like the title, it is mixed of law and fact. In this case, there are some questions jointly related to both law and fact. Here is an example to illustrate this.

There is a dispute regarding a partnership matter between A and B.

Here question of fact is, what was the relation between A and B and nature of their work.

Question of law is, whether the behavior between the parties would constitute as partnership between the two parties.

These were all about question of law and question of fact. Click here to read all jurisprudence related articles.