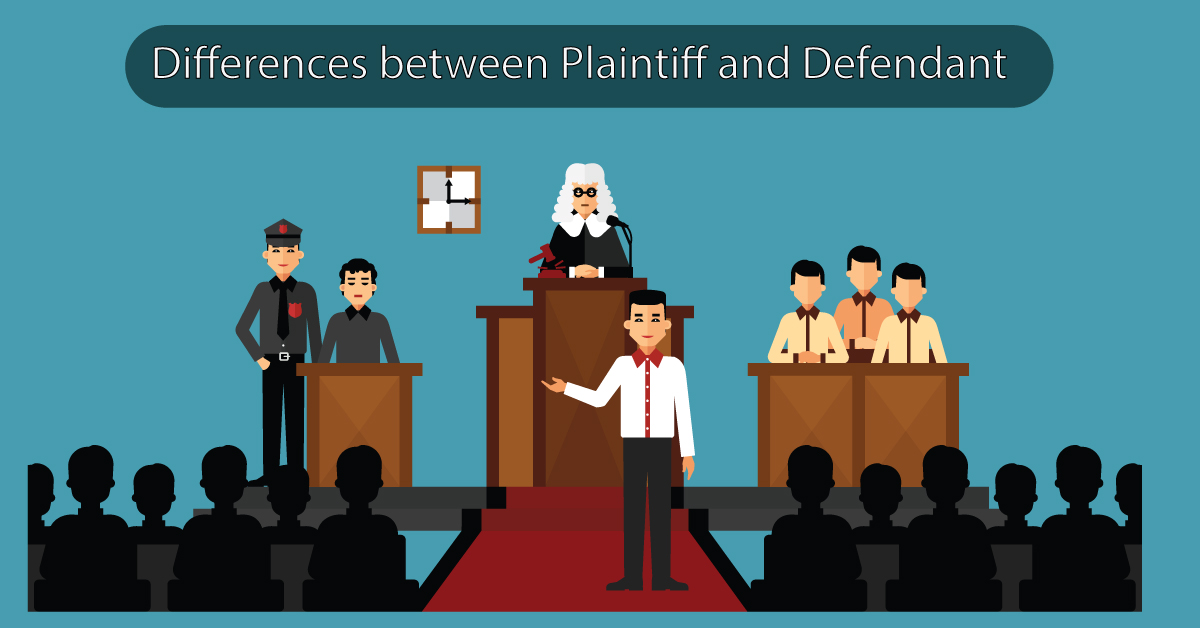 Lawyers or law students are often mocked because of the difficult use of Legal Terms. To laymen, all the legal terms lawyers use are like a foreign language. Even these difficult terms have a technical term called Legalese or Legal Jargon.

In this article, we will talk about two often used legal terms Plaintiffs and Defendants, and the differences between these two legal terms.

A plaintiff is a person who files a lawsuit. Anyone can be a plaintiff. It doesn’t matter that the plaintiff has to be the victim. Oftentimes, plaintiff and victim are mixed together. It is up to the court to decide who is the victim and who is entitled to something. Plaintiff can be an individual, group of people, or association. In divorce cases, the person filing the case is called Petitioner.

The first thing a plaintiff does is draft a complaint and file it in court. It is the very first document of a case.

A defendant is a person against whom a lawsuit has been filed. The document previously filed by the plaintiff is sent to the defendant. This is called summon. In summon, the complaint copy of the plaintiff and specific requirements for the defendant to respond is attached.

In criminal cases, this person is still called the defendant.

Example of Plaintiff and Defendant

If you are still confused, then this example might help you.

Suppose, You (Tyler) and your friend (John) have a business. Your friend John started doing some fraudulent activities in the course of business. Now you want to sue John. The first thing you should do is draft a lawsuit and file it in court. Here you will be the plaintiff and John will be the defendant.

One of the main differences between a plaintiff and a defendant is that the burden of proof is always on the plaintiff. In the above-mentioned scenario, you should prove the fraudulent activities done by John in the course of business. The reason behind this is to reduce false allegations.

Differences Between Plaintiff and Defendant

Counterclaim: When a defendant is sued, he can claim against the plaintiff as well. For example, Walter sues Jesse for $500. Now Jesse can claim that he has already paid Walter $400. This is called a counterclaim.